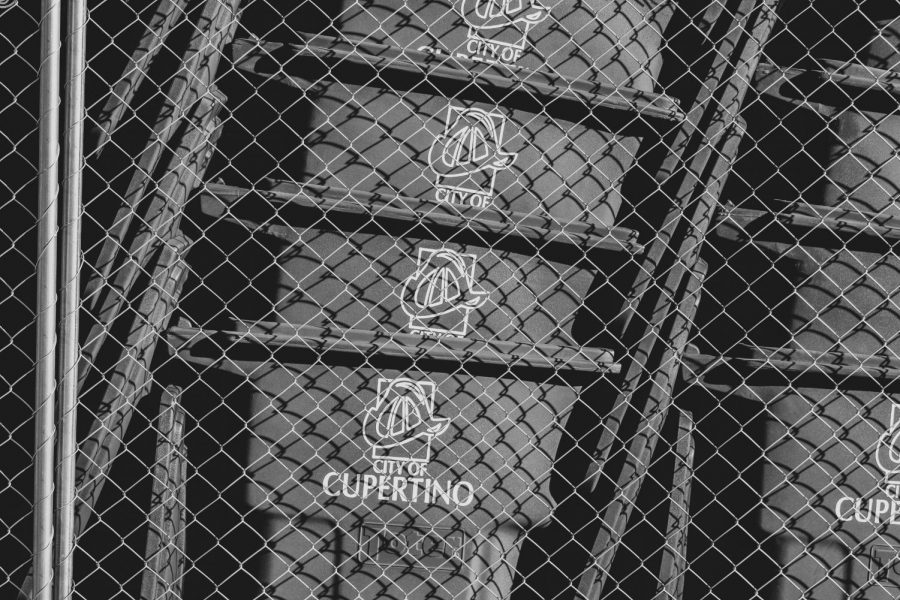 After years of dispute and indecision, Vallco Mall is finally being redeveloped into mixed-use housing, but its gradual slide into lifelessness throughout the 2010s is evidence of what could happen when a city’s biggest stakeholders fail to compromise.

The public is tired of seeing Vallco’s obsolete buildings amidst a housing crisis. For years, Vallco has been characterized by struggling businesses and labeled by Yelp reviewers as “a sad excuse for a mall” and “failed shopping mall.”

The mixed-use redevelopment effort is called “Revitalize Vallco,” and demolition, which wiped out the buildings on the east side of Wolfe Road, started in October 2018. The current plan consists of 2,402 residential units, half of which will be designated as affordable to individuals that make between 30% to 80% of Cupertino’s median income ($87,000 in 2019), in addition to offices, retail, entertainment and public greenspace.

Donna Austin is a board member of the Cupertino Historical Society and has lived in Cupertino for 45 years. She said she is looking forward to the new Vallco.

She explained that before the concrete structures, the land where Vallco was first built was once home to orchards filled with fruit trees. In the 1970s, a group of developers (Varian, Leonard, Lester, Craft and Orlando) ventured to cut down the trees to expand the profit they could earn as the valley around it was changing.

“The existing farmers put their land together and got the developers to build a shopping mall to replace their orchards,” said Austin.

They combined their names to create a new one: “Vallco.”

When it opened  in 1976, the shopping mall quickly became a gathering place for the city of Cupertino, which lacked a downtown of its own.

“People came from everywhere, the mall was jammed during Christmas shopping in the ‘80s,” said Austin.

However, this golden era did not last long. To the south, less than six miles away, Westfield Valley Fair Mall was built in San Jose in the late 1980s, and it immediately ate into Vallco’s business. Patrons were redirected to shop there instead, as it was easier to access because of its location among vital South Bay Area freeways 680 and 880.

“When I would go to Sears at Vallco for example, I would get referred to Valley Fair,” Austin said. “They would say they don’t have what I’m looking for here but they have it at Valley Fair.”

In response, Vallco added a movie theatre, a bowling alley, and went through several iterations in an attempt to regain some ground, but that strong comeback never came.

Reed Moulds is Revitalize Vallco’s project executive and has worked on the project since 2014. According to Moulds, the “anchor tenant” arrangement that the original owners negotiated gave little incentive for change.

“Vallco had no choice but to reinvent itself,” Moulds said. “As much as they tried to, they needed to have the support of JCPenny, Sears and Macy’s, who didn’t care much about what was going on with the rest of the mall.”

The ownership of the entire mall also shifted through the years, making the vision for a revitalized area absent or incoherent at best. For instance, when local investors Alan Wong, Emily Chen and John Nguyen bought the mall in 2005, they had a vision to change it into an Asian mall, but the city council at the time did not support it.

Then in 2014, Sand Hill Property Company acquired the mall, negotiating an exit with the anchor department stores first, and eventually acquiring the whole mall. Their vision was to revitalize it into a mixed-use town center.

For instance, Sand Hill’s previous plan called “The Hills at Vallco”  proposed an unprecedented 30 acre green roof that got turned down by Santa Clara voters when Measure D was defeated in 2016.

Better Cupertino was heavily involved in Measure D’s defeat and the successful referendum protesting Vallco’s Tier 2 plan in 2018. They said that these are examples of their triumphs in blocking inappropriate developments.

Steven Scharf, former city council member (2016-2020) and mayor (2019-2020) is now the vice chair of the Cupertino Planning Commission, and has been living in Cupertino since 1999. He said that he is disappointed in the Sand Hill Property’s Company’s proposed plans for Vallco Town Center.

“I’m worried that it’s going to worsen the jobs-to-housing ratio,” Scharf said. “The jobs it will bring will outnumber the amount of housing units.”

Scharf estimates that the proposed 1,810,000 square feet of office space will bring in about 84,000 workers.

A recent 2017 analysis found that Cupertino’s jobs-to-housing ratio was 1.98 jobs for every 1 unit of housing, higher than Santa Clara’s average of 1.62 to 1. Scharf said that his ideal ratio would be 1.5 to 1.

Scharf also said that affordable housing is expensive to build, and that office space generates a lot of revenue. However, he emphasized that when office space is approved, there should be enough housing.

In contrast, Sand Hill says that the 1.8 million square feet of office space in their plan is necessary “in order to make the project economically viable and for the city’s long-term fiscal health.”

Given that 50% of their units are below market rate, the proposed office space will be critical in subsidizing the project housings’ affordability.

Rather than expanding office space, Scharf said that in his ideal Vallco Town Center, the percentage of units set aside for low-income housing should be 20% instead of the planned 50%. He also said that he would prioritize a mix of condos, townhouses and row homes for families rather than what’s on the current plan.

“Another thing I don’t like, while it has 1,201 below market rate units, they’re going to be apartments,” Scharf said. “It’s not really for families, unless they want to cram a family into a one-bedroom apartment.”

With attitudes such as that, Gilbert Wong, another former city council member (2007-2016) and mayor of Cupertino (2010-2014) often found himself at odds with his colleagues later in his tenure. He said that city council members, including those who hold views similar to Scharf, are responsible for stalling much needed development in Cupertino.

“This city council has been terrible at supporting housing, except for what was already planned, some of which has been there for over 12 years,” Wong said. “It came to a culmination in 2016 when Better Cupertino candidates got elected. If you look at the years from 2016 to almost 2022, there really has been no project.”

It’s city councils like these that prompted the State of California to create laws like Senate Bill 35 (SB 35), enacted in a time where the state legislation has recognized the collective need for housing in California, and sought to take down barriers to the construction of affordable housing.

SB 35 takes away development decisions from local authorities and fast tracks the approval process so long as 50% or more of their proposed units are reserved for affordable housing. With this new provision, Sand Hill Property was finally able to greenlight their latest proposal.

“Even though I don’t support it, SB 35 is the law, and the current project ended up being the only way to revitalize the mall,” Wong said. “We could have worked to compromise with the developers, but since we couldn’t get our act together, SB 35 decided our fate.”

Wong also said that some were concerned about population density.

“I think there were a lot of folks who wanted to preserve Cupertino as a small town,” Wong said.

Given the history of resistance from some Cupertino residents, Sand Hill is prioritizing community input to shape the future Vallco Town Center. They’re collecting survey data to inform design decisions about events, retail, dining and entertainment.

“The political outlook of the city since 2018 has been one of ‘anti development,’ so it’s been really hard to resume the positive community engagement that we used to have,” Moulds said. “But at the end of the day, the community is the expert, it’s hugely valuable that these decisions are informed by the people.”

In the new development, Austin said that she would like to see a mix of doctor’s offices, an ice skating rink, a bowling alley and a farmers market.

“It should be a unifying experience where there is more open space and everything should be walkable,” Austin said.

Austin also said that malls need to do more than just provide a place for people to buy things, given the way online shopping has changed the retail landscape.

“If you don’t grow, you die,” Austin said. “People liked the original Vallco so much they wanted to keep it the same, but it didn’t keep up with changing needs.”

She cited Apple park’s “secret garden” as an example of modern architecture that still honors the land’s history.

When it comes to urban planning, cities have a responsibility to plan and build adequate housing. With the Bay Area being a major metropolitan area containing “superstar cities,” urban planning commissions need to keep up with demand.

Given its history of opposing new developments, Cupertino seems to be a city that has not embraced new neighbors. Wong said he understands the apprehension and says there needs to be more discussion with concerned residents.

“They want to keep Cupertino a small hometown suburb, but that time has passed,” Wong said. “It’s normal to be scared of the unknown, but we need to be strong enough to have a conversation with that group.”

Given the political gridlock, Wong is concerned that the City Council’s resistance to change will lead to the city’s downturn.

“We don’t want to be left behind while Mountain View and Sunnyvale are moving forward,” Wong said. “We used to joke about whether Sunnyvale’s Town Center or Vallco would develop first. There was a time where we thought their project was going down while ours was going through, but now it’s theirs that is almost complete.”

In addition, he referenced the success of Santana Row, another mixed-use development located across the street from Westfield Valley Fair. Wong mentioned how people were also once worried about that development’s implications on their quality of life, but many years later, it is now one of Silicon Valley’s most famous destinations.

Cupertino has since had its own successes: Cupertino Village and Main Street Cupertino, mixed-use developments, both located down the street from Vallco, embody multiculturalism that the City Council used to fear.

Despite the past opposition, Moulds remains hopeful. He said that not only will Vallco become a new economic engine for the city, it is a critical housing opportunity that Cupertino has never had before.

“We need housing, whether you’re a student, employee of Apple, a teacher in Cupertino Unified School District or someone who just doesn’t want a soul-crushing commute,” Moulds said. “We need to be creating housing here in Cupertino.”