Goodbye to The Oaks: A missed opportunity for student housing that still has potential to serve the De Anza community7 min read 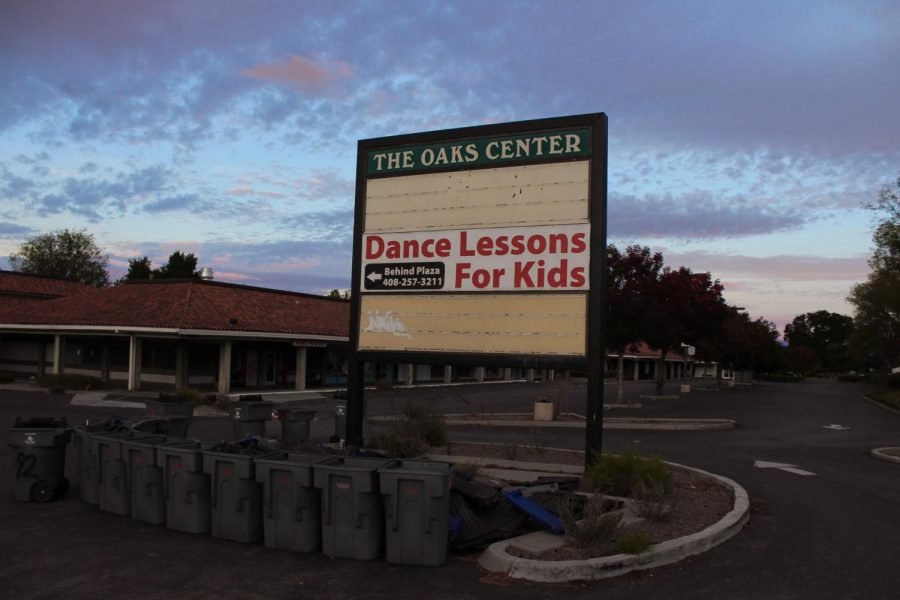 The last of the Oaks Shopping Center is set to be stripped apart as the City of Cupertino prepares to welcome in the new Westport development.

“The big thing about The Oaks was that it brought people together. I knew people who would chill there every night. I could show up any evening and knew I could find some friends there.”

The De Anza College community will soon see the plaza that was once central to their community college experience transformed into a modern residential property. The Oaks Center, the shopping plaza located across the street from De Anza will be redeveloped into senior housing.

Moving forward, it will be known as “Westport Cupertino,” a mixed-use development. The new development is what’s called in architectural design, a 5-over-1, which will consist of 158 senior apartments, including 27 memory care units, 48 below market rate senior units, 70 town homes, and 18 row homes mixed with retail and commercial space.

The developers say that the project will serve low-income families who wish to reside in Cupertino by providing affordable housing. Its website mentions that it will be an “inclusive community, which aims to provide a high-quality housing option that allows people of all ages to live together.”

However, the building of Westport also forced the last remaining holdout businesses to relocate, some of which included Leapstart Afterschool, Doctor.com and Shane Co. Diamond Jewelers. Before that, community members were known to frequent Oaks Plaza institutions such as Hobee’s, Coffee Society, and Quickly which have since closed down due to lack of foot traffic.

Kathy Luu, a software engineer, worked at Doctor.com which leased a small office space at the center between 2017 and 2020. She said that she had heard that it would be torn down once the pandemic shuttered the businesses, but did not expect it to be redeveloped into a residential senior community.

“I did not know they were going to build senior-housing there, but I guess it makes sense since there is a senior home near the park,” Luu said. “I wonder if it’s related.”

Even though the plaza had been fading by the time she started working there, she said she grew to love how quiet the area would be. “I was sad that Coffee Society and Bluelight Cinemas closed when I was there. I used to watch movies after work to decompress,” Luu said.

The redevelopment of The Oaks Center also impacts stakeholders beyond the former business owners and employees. This project’s emergence helps to mitigate the current housing crisis and highlights the challenges of planning new developments in a dense environment.

Neil McClintick is a former De Anza student and organization chair of Cupertino For All, an organization that advocates for inclusive and affordable housing for all constituents of Cupertino.

McClintick said he prefers student housing be developed over the current plans, considering its proximity to the school. However, he added that a student housing proposal may not have gained city approval as easily.

“Imagine if it were student housing and not senior housing, I’m not sure we would have gotten the same response from the public,” McClintick said.

One important reason why the city could not deny this project was because they were facing a potential lawsuit from the State for not complying with the Housing Accountability Act, which prohibits local city councils from disapproving low-income housing proposals or creating obstacles to low-income housing.

While new developments promise to bring more housing and retail, there can often be pushback from neighborhood associations that prefer cities to remain unchanged in fear of disruption. For instance, Better Cupertino, a local political action committee which influences decisions about developments in the city, has long been opposed to the Vallco Mall development, located a few miles down the road.

There, developers are planning to build another mixed-use town center with retail spaces and over 2,400 residential units, half of which would cater to low-income residents. The project was also approved largely because of this, but has since been delayed due to the withholding of permits.

The group of protesters that opposed such developments can also be commonly called “Not in My Backyard,” or NIMBYs. It is a term used to describe those who may advocate for new developments, but will oppose them if they are planned in their own neighborhood out of fears such as congestion or public safety.

Contrary to the Vallco development, the Westport project did not have major difficulties during the approval process partly because it aims to serve seniors. About 20% of all adults in Cupertino qualify as seniors, meaning there is a need.

”We have seniors who are living in these giant single family homes, so they will need somewhere to downsize,” McClintick said.

Along this line of thinking, KT Urban, the developers of Westport, proposed what they believed would likely gain approval. However, like most other projects, it had to be revised before it finally passed the city council. The original proposal had more apartment units, and were set to be 92 feet tall instead of 80 feet tall.

“Developers are going to settle for what they can get in Cupertino,” McClintick said. “There’s evidence to show that when they do push for something more ambitious, it’s not going to get approved.”

Although he wishes it included spaces for students, when considering the broader housing issue, McClintick said that he supports the building of Westport. “There is no one project that will fulfill everyone’s needs, it’s just not possible,” he said.

Ammad Haider, a De Anza alum who called himself a “veteran of The Oaks,” said he frequented the plaza with his friends between 2006 to 2011.

He shares McClintick’s outlook and said that the real estate across the street from De Anza should prioritize student needs, and wishes The Oaks plaza could have been retained.

“As far as senior housing goes, I think that’s just silly,” Haider said. “You’d rather have student housing, where they could rent apartments, and go to school right across the street. There’s better areas to build senior housing.”

Economic clustering in Silicon Valley is one important factor of many that is driving the current housing crisis. As companies in the tech industry attract skilled workers and drive wages up, disproportionate amounts of growth and displacement occur. In Cupertino, economic segregation is partly exacerbated by Apple choosing the city for its headquarters, where it is estimated that over 25,000 workers are employed.

The median home price in Cupertino is $2.6 million, and those who are in need of low-income housing or duplexes will find that options are limited. The Westport development would be one of the few mixed housing options in the city, and since there are few, it has an opportunity to bring more people together and serve ever-growing diverse populations.

After the housing units are sorted, commercial spaces could be leased to coffee shops or other eateries that could serve as spaces to hang out like The Oaks Center once did. The leasing of the commercial spaces haven’t been confirmed yet, so students and faculty may be able to submit their input once the project is underway.

Christopher Castro, a De Anza alum who frequented the plaza from 2014 to 2016 said he hopes that the new plaza will have a coffee shop for students to hang out and study. He often visited Coffee Society to enjoy coffee before class and after his long commute to school.

“Coffee Society really resonated with me and the drinks were delicious,” Castro said. “It was like a hub. Whenever I had group projects for film courses, we would meet there.”

Westport was approved on August 18, 2020 and there are no confirmed dates yet for when construction will begin.
La Voz feature’s editor Kevin Nguyen contributed to this report.