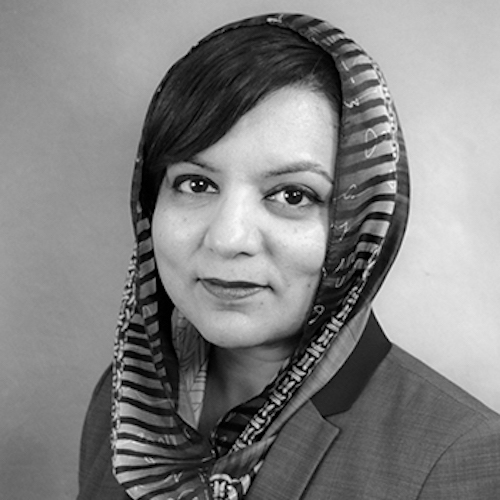 Equality and justice are not the same. According to guest speaker, Sobia Khan, the dean of academic success at San Antonio College, equality does not accommodate for students’ individual needs, while justice acknowledges them and helps to uplift communities in need.

On Oct. 8, Khan spoke to De Anza students and faculty in an online meeting about the ways community colleges can assist in students’ educational journeys. Friday’s event was the latest in the social science and humanities department’s MOMENTUM series.

Khan’s educational journey started as an international student where she was initially struck by the diversity on her campus, and said that she had to immediately confront her internal biases against different racial groups.

“I had preconceived notions of who an African American person is, who an Asian person and what a White person is like,” Khan said. “The preconceived notions and stereotypes were based on popular media, hand-me-down stories of these one off instances, really not looking at the everydayness of most communities.”

Khan’s journey continued at Richland Community College, where she said she began to dismantle those preconceived notions. She fell in love with the community college climate and decided to pursue a career helping students find their footing in academics.

In doing that she realized that there were racial and economic disparities that led to Black, Indigenous, People of Color students struggling in academic settings. While lower income students had the same resources than their wealthy peers, they were less likely to succeed.

“We might provide the same opportunities for all students, but that does not mean we are enabling all students, even employees, to succeed because each one of our needs are different,” Khan said.

Moderator Elvin T. Ramos, dean of social sciences and humanities at De Anza College, said that he was worried about how the COVID-19 pandemic negatively impacted BIPOC students.

“The pandemic has shifted the priority for many individuals, most especially people of color, when it comes down to what is it going to be,” Ramos said. “‘Is it taking care of my family or going to school?’ That’s the choice. And for me, it really comes down to the family.”

But with the country gradually recovering, thanks to the emergence of several vaccines, Albert Pearsall III, an assistant professor at the District of Columbia Community College, said that governments should focus on emphasizing the importance of college to underprivileged communities. He said that the financial future of those students depended on it

“I am concerned that some of these young people are going to be lost forever and we may not be able to get them back,” Pearsall said. “And I don’t know how we can do it, but I’m saddened because I think that some of them may find themselves in dead-end jobs or in the kind of careers that lead to them not being very happy.”

Khan said that customizability may be the key to attracting students again.

“Maybe we need to do different kinds of creative offerings,” Khan said. “Choose when you can come in and when you can go. Choose the modality, maybe you can choose the instructor, all kinds of customization need to happen.”

While it may be difficult to bring some students back into educational tracks after they’ve made such a dramatic departure, Khan also said that for current students, schools must focus on justice, which involves addressing the fundamental needs of communities, such as food and healthcare. Khan noted that some of these changes have already begun at some colleges.

“I’m really heartened to see the movement across community colleges to provide complete support, from food to health care and clothing,” Khan said. “We at San Antonio College have an advocacy center that provides counseling and snacks. You don’t even need to come in and give your student ID, or any kind of ID, to grab a snack. It’s open access.”

Ramos agreed that with students’ physical needs taken care of so that they can focus more on their education which could help in paving the way towards more stable careers. He concluded by reinforcing the power of community colleges.

“I believe wholeheartedly that community colleges are the place to really address the needs of those closest to the neighboring communities,” Ramos said. “Asking the community, asking the student body to participate and uplift, what is it that they really need is quite valuable for the work or longevity of any institution.”