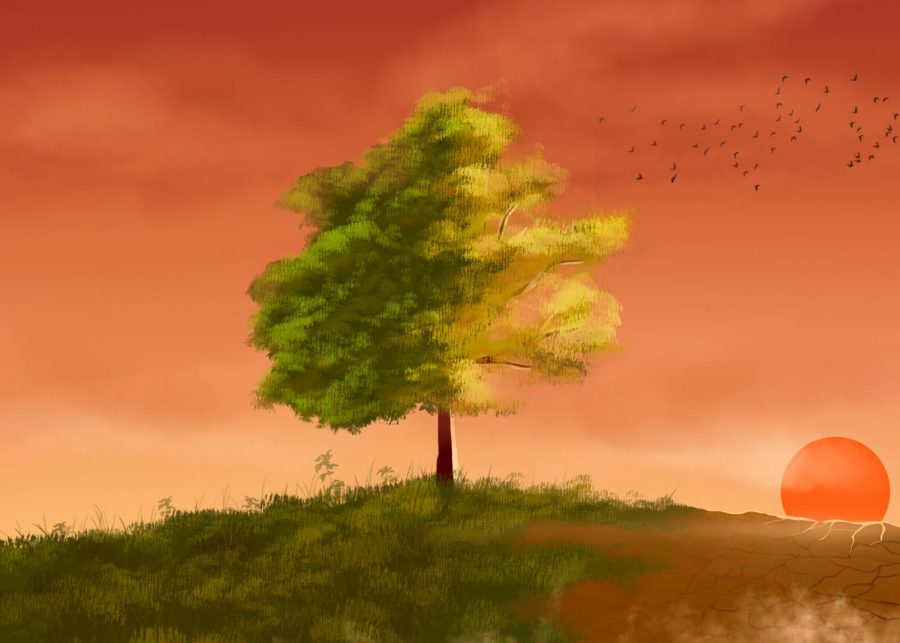 Before temperatures have hit their peak this summer, California and much of the Southwest are already in a drought emergency. Environmental studies professors at De Anza College are concerned.

Bill Roeder, an environmental studies instructor, said he lives in a Fresno area surrounded by forests and gets several fire and evacuation warnings on his phone.

“Within the last two weeks, I’ve gotten two separate fire and evacuation advisory warnings,” Roeder said. “My concern is that the fire season is getting longer; it’s starting earlier and it’s ending later.”

Wildfires will not be the only thing that residents worry about. A prolonged drought threatens to devastate the agricultural industry and expose people to serious health consequences.

But Mary Poffenroth, who teaches environmental science at De Anza and biology at San Jose State University, said people should not only think about the environment in terms of how it affects humans.

“In California, fire is not necessarily a bad thing — it’s actually a natural part of our ecosystem,” Poffenroth said. “Many organisms need fire in order to reproduce. But now when you have more and more humans living in these areas, that’s when things can go awry.”

As long as people are around, Poffenroth said humans have a role to play.

“With droughts in Northern California near the coast, that’s going to be more unusual because that is a generally moist area,” Pofferoth said. “But with climate change, we’re starting to see drier seasons than would be normal.”

“It’s hard to deny, with increases in human population worldwide, that the amount of greenhouse gases in carbon and methane is clearly having an impact on climate change,” Roeder said. “The highest temperature ever recorded on this planet was last August in Death Valley. And that’s a trend that’s only going to continue.”

Educating yourself individually may not be enough, said Alicia De Toro, who teaches sustainability and environmental studies.

“It’s easy to know, but it’s difficult to act,” De Toro said. “It takes a lot to have that conversation with yourself to grasp that your actions do indeed have an impact.”

De Toro added that activists are usually at greater risk than those who do not take action.

“In my experience, I think most people are just trying to survive,” De Toro said. “The sad part is, the people that are working the hardest are the ones that care the most and oftentimes are the ones that are most negatively impacted by the climate fallout.”

In her classes, De Toro said she emphasizes the intersections between the environment, the economy and society.

“We need a healthy economy,” De Toro said. “We just need an economy that’s dependent on something that’s not going to run out.”