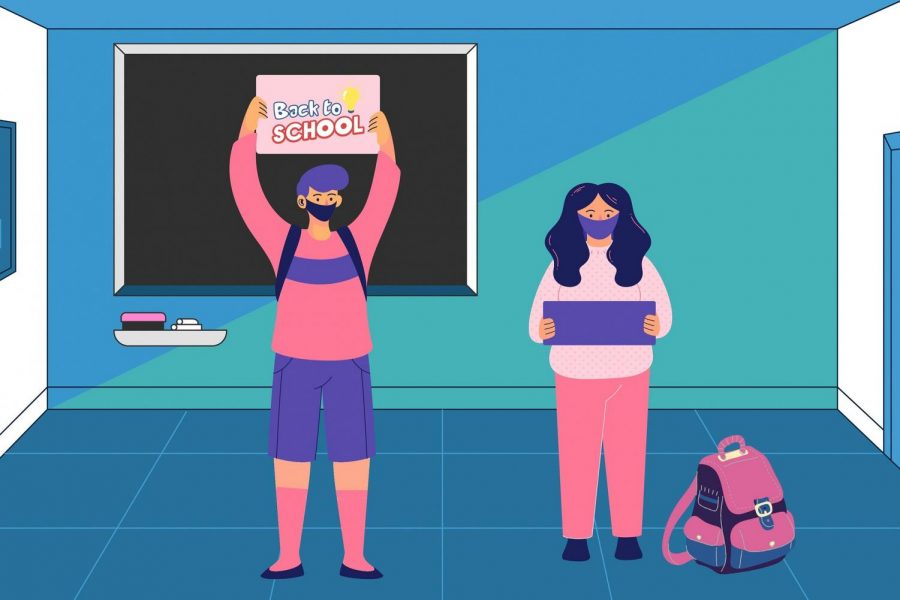 As De Anza College prepares to return to campus, students reflect on how to do it safely.

“It’ll be cool to be back on campus a few days of the week,” Vai said. “But I don’t know how I feel about going back completely.”

He added that he’s mostly concerned about his surroundings and hopes that others will take proper precautions.

“I’m more than positive that masks will be enforced and a lot more people will have vaccines,” Vai said. “But how would that work, as far as social distancing?”

Kathryn Pursell, a 20-year-old journalism major and La Voz reporter, also said she was concerned about the limited details of the plan.

“The one thing that I am annoyed about is they don’t have anything that tells you what phase we’re on,” Pursell said. “Other than that, it’s a little bit presumptuous to put dates because nobody knows how exactly COVID is going to be handled.”

Pursell said she likes the specific outline of which groups can return to campus in which phases, she feels other specifics are left out.

She said she would like “capacity specifics and potential dates they’re shooting for if things progress as they are right now,” Pursell said.

Jeffrey Sampson, 18, journalism major, said that the football team, which he plays for, should take additional precautions.

“Everything’s pretty good,” Sampson said. “Maybe for athletics push back one month later just so most people are vaccinated.”

Sampson said most college football starts in June and he doesn’t really see the rush in starting it so early.

The return-to-campus plan can be found here.