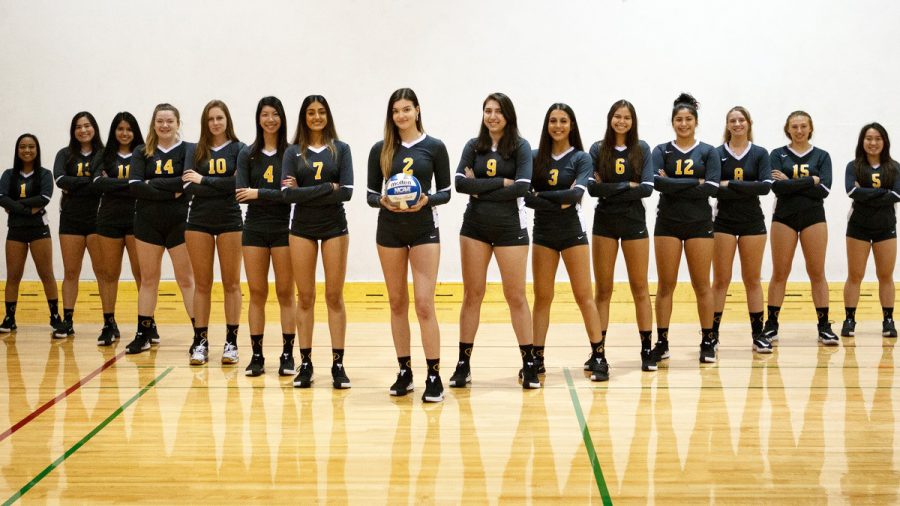 Dawnis Guevara, the head volleyball coach for the team, said it came as a surprise and her team felt honored to be acknowledged for their hard work.

“We work together to make sure academics is absolutely a priority,” Guevara said. “We want to make sure that (student athletes) are going to transfer to the schools of their choices, once they’re finished with their athletic eligibility and move on from De Anza.”

Guevara said her team spends about 20 to 30 hours a week training and competing. She said she was proud of their dedication, juggling work and school while finishing the season strong.

“They won the award for their academics, but they also were conference champions that year and made it to the playoffs,” said Sarah Wallace, the team’s assistant coach.

The De Anza women’s volleyball team was the Coast Conference Champions for 2019, and also made it to the second round of the Northern California volleyball playoffs.

Joycie Kaliangara, 20, a communications major and member of the 2019 volleyball team, said that the team worked really hard and trained five days every week. After games, she said the team would pinpoint any mistakes they made and figure out ways to improve.

Kaliangara said volleyball was a nice break from school but her ultimate goal is to excel academically.

“I’m transferring and education has always been important in my life,” Kaliangara said. “My parents worked super hard to give my sisters and I everything that we have, so I like taking that motivation to give back to my parents and make them proud.”

The team was rewarded for their hard work on- and off-court, as award recipients need to have both academic and athletic proficiency.

“I was very excited when I heard that our volleyball team won that award,” Kaliangara said. “I wasn’t incredibly surprised because I know that each individual player works incredibly hard, and we were just recognized for that so I’m really just proud of all of us.”