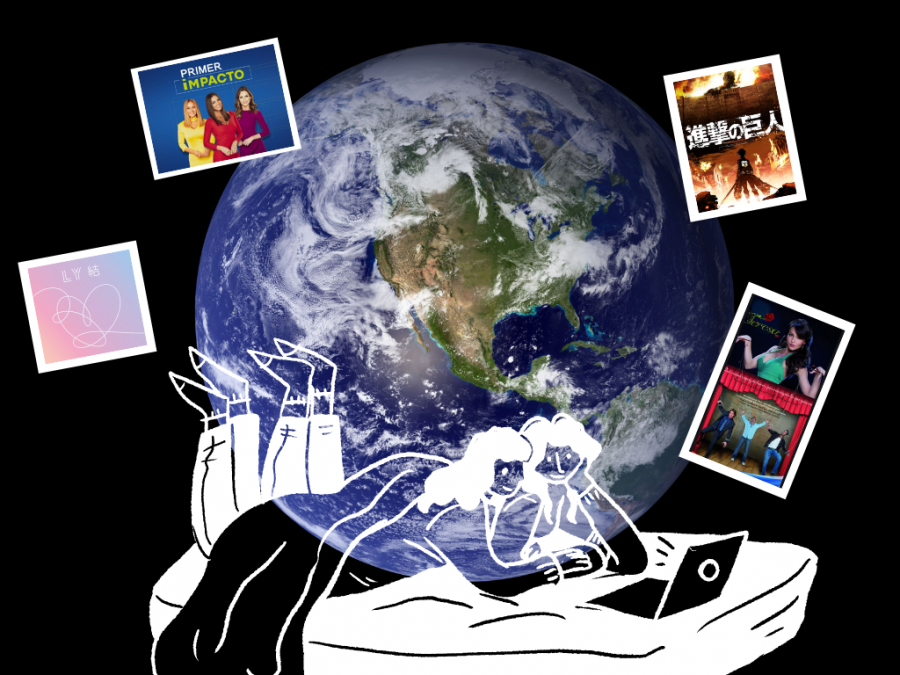 The globalization of media has found its way to De Anza College, as students watch and listen to publications from around the world.

Lupita Silva, a 20 year-old marketing major, said she has consumed all types of media in Spanish because her parents and grandparents are fluent Spanish-speakers.

“I’ve consumed media and culture such as movies, shows, and music in Spanish,” she said. “News such as ‘Primero Impacto’ and Spanish artists like Vicente Fernandez or Pepe Aguilar.”

She said one of her favorite novelas is “Teresa,” preferring consuming this sort of Spanish media over English.

“Not only do I pick up on new words and learn, they also have more formal ways of saying things, making shows more interesting and funny,” she added.

Silva said that she grew up speaking both English and Spanish and is influenced by both types of media.

“With Spanish being my first language, I feel like I listen to more Spanish music than I do English,” Silva said. “I also watch a lot of shows in Spanish.”

Spanish isn’t the only language De Anza students are engaging with. Shows in Japanese have also gained a lot of popularity .

Josiah Hobbs, a 20 year-old communications major, is a fan of anime.

“I watch multiple anime series like ‘Dragonball Z,’ ‘Attack On Titan,’ and ‘One Punch Man,’ he said.

Although anime’s popularity has increased fairly recently, Hobbs said he has been watching it since he was young.

“What I like most (about anime) is that it’s an entirely different experience than American media,” Hobbs said. “It’s always good to consume something different every once in a while.”

Justin Ponce, 20, an undeclared major, also said he enjoys the unique style and culture of anime.

“I started watching anime before my freshman year of high school,” Ponce said. “I fell in love with the art style and vibe of the animation.”

Ponce said he loves watching media from different languages because it allows him to embrace different cultures.

“The diversity of cultures is great,” he said. “The fact that media helps spread those different types of cultures all around the world is amazing.”

“Sometimes when I’m consuming media from other countries, I feel as if I’m immersed into almost an entirely different world,” Hobbs said.

Silva recommended being open to media in different languages and using it as an opportunity to learn about cultures around the world.

“You can actually learn a lot about different cultures and from others that don’t speak just English,” said Silva. “Consuming media in different languages can also open your mind and make you value things differently.”

Fernandez said people can still be open to consuming media from other cultures even if they don’t fully understand it yet.

“You don’t have to understand what they’re saying to know that it’s catchy,” Fernandez said. “We as a society today see music bring together so many different races and people together.”