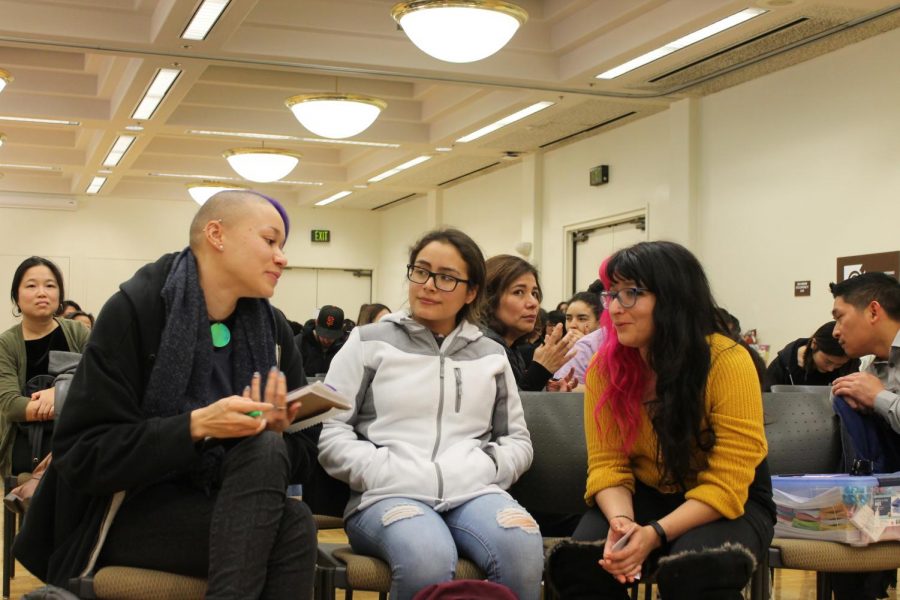 De Anza students shared their personal stories and viewpoints at the Movies for Mental Health event on Tuesday, March 12.

The small-group discussions followed the viewing of films portraying mental health disorders such as schizophrenia, personality disorder, depression and PTSD.

“I want to emphasize that everyone is an expert of their own experience,” said Leyla Eraslan, Art with Impact facilitator. “I am hoping that we can get to a place of understanding or recognizing that there are different perspectives in the room.”

“Part of what we hope is that people feel empowered to tell these stories and tell them in a way that resonates through people and that is entertainable,” she said. “I think that’s part of the magic of film and art.”

“I was hopeless and it felt like I have tried so many times to get back up and I didn’t have the energy to do it again,” said Aimee Elazegui, 21, nursing major. “It is only till I learn to love myself that things change.”

Elazegui battled schizophrenia and depression throughout her life. She plans to become a nurse and help others.

“Realizing what’s in the head and what’s real had been a challenge and will continue to be a challenge,” said Brenda Carrillo, 23, psychology major. “But it’s not going to stop me and it is not the only thing that I am.”

Alex Sanchez, 19, biology major, spoke about her journeys with mental health disorders as a transgender woman.

She recalled the bullying that she received throughout her life for being transgender and from a low-income Hispanic background.

“Mental health really needs to be discussed in the LGBT community because having that feeling of isolation is really damaging to the person,” said Sanchez.

Winnis Chiang, marriage and family therapist and sponsor of the event, said, “I am very impressed with how they put this together to help students make sure they don’t have the mental illness stigma and I appreciate that.”

“I appreciate the attitude that people came in with,” Eraslan said.