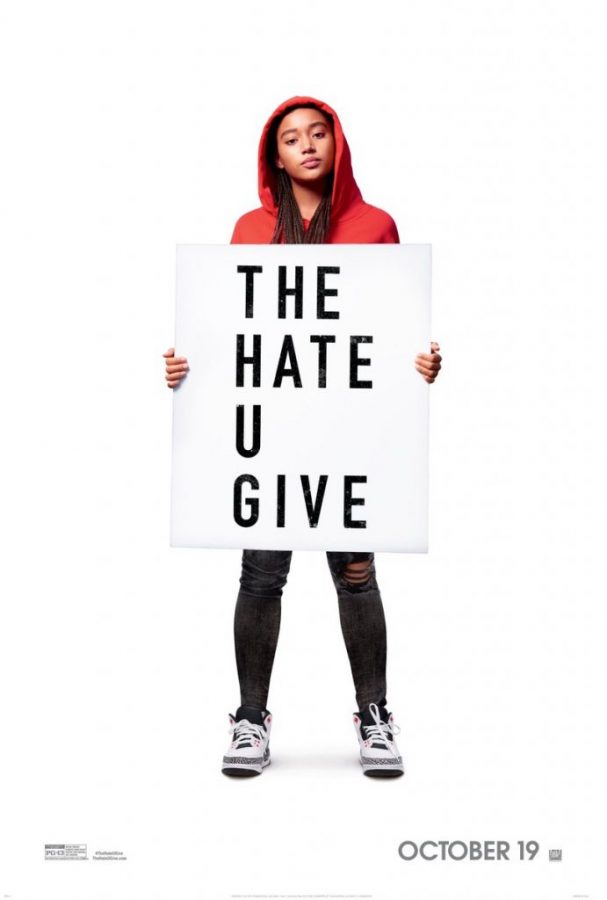 “The Hate U Give,” released on Oct. 19, is a thought-provoking film putting a spotlight on police brutality in the United States. This is the movie adaptation of author Angie Thomas’ young adult novel of the same name.

The film follows Starr Carter, who is played by Amanda Stenberg. Carter is a 16-year-old who regularly swaps between two different worlds: Garden Heights, a mostly poor and black neighborhood and Williamson Prep, a mostly white private school.

“The Hate U Give” also puts an emphasis on drug trafficking in inner cities and how sometimes selling drugs is the only way to make ends meet.

Despite some pacing issues at the start of the movie and stereotypical clichés, the movie still deserves praise. The realism the cast portrays, and the overall tone and feel within the film makes you feel emotionally invested.

In one scene Carter quotes rapper Tupac Shakur’s acronym: T.H.U.G.L.I.F.E. (“The Hate U Give Little Infants Fuck Everybody”), explaining the disparaging nature of poverty and crime happening as a result of an oppressive, corrupt social system.

The acronyms’ meaning is very powerful, and relatable, considering racial tensions are at an all-time high in the United States.

“The Hate U Give” is an emotional film that gives us a glimpse of how racism is still prevalent in this country and how prejudice the U.S. social and judicial systems are. This film will be a trailblazer for future movies about various injustices around the world.

Films like “The Hate U Give” will inspire unity in the world, and further spread awareness on social issues people are scared to discuss such as racial oppression, corruption in our justice systems and police brutality.