All the school’s a stage…2 min read 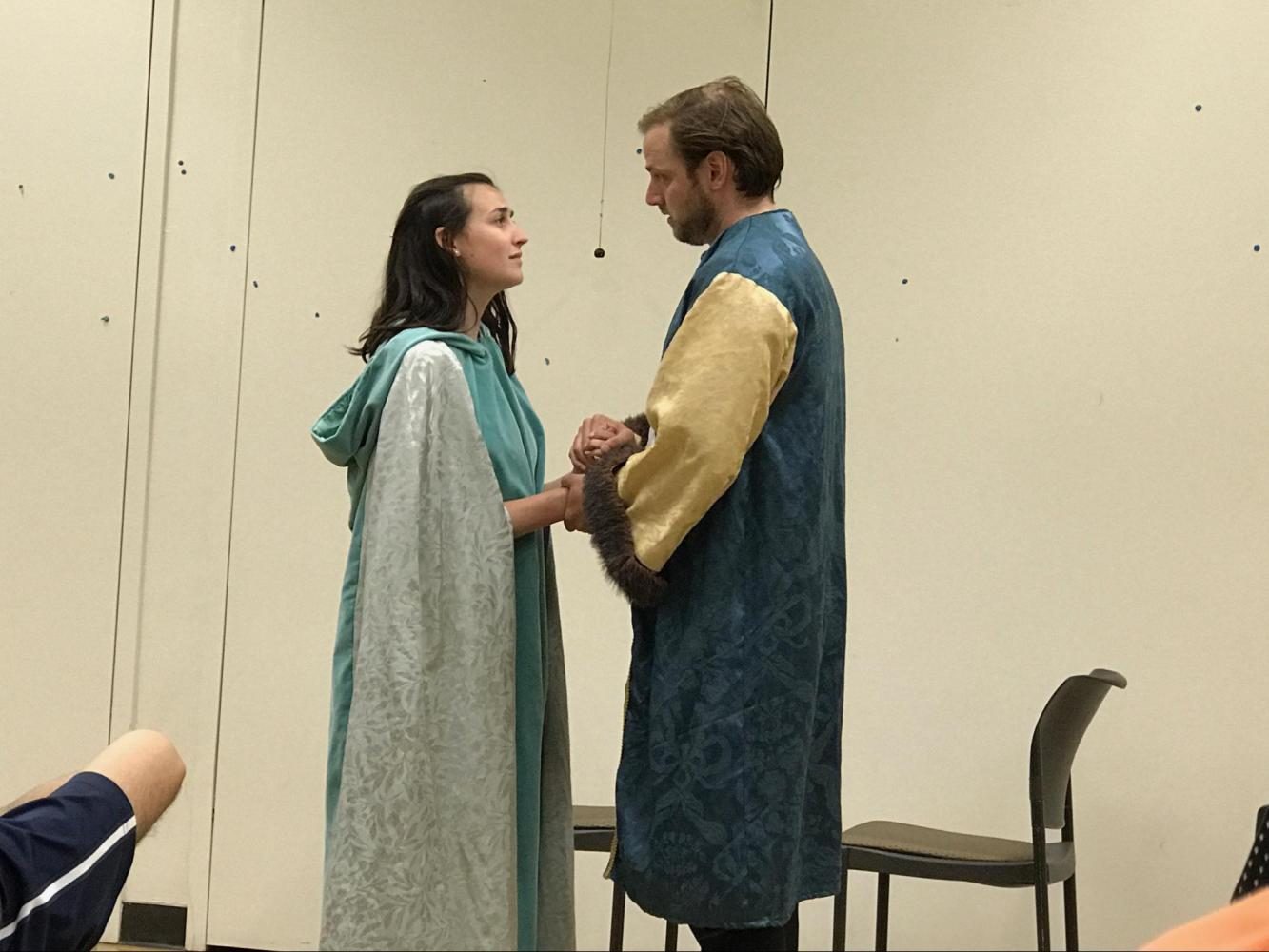 Professional actors Mark Vashro and LeighAnn Cannon perform a scene from “What You Will” in De Anza College on June 6.

Professional actors performed at De Anza last Tuesday, previewing three scenes of an original play written by a member of the theater faculty.

Marilyn Patton, theater professor, organized the performance in Conference Room A in the Hinson Campus Center on June 6, featuring the new play “What You Will” by Todd Gutmann, also a theater professor at De Anza.

Inspired by the language and stories of Shakespeare, Gutmann started writing his play, entitled “What You WIll”, eight years ago, drawing influence from works like “Hamlet”, “Midsummer Night’s Dream”, “Othello”, and “As You Like It”. He wanted to do something “different”, using Shakespearean English, cutting pieces from the originals and creating something totally new.

Before the performance, professional actors Mark Vashro and LeighAnn Cannon discussed how the scenes were prepared, as well as their own history with Shakespeare. “My very first performance was Shakespeare,” Cannon said, “In a school play when I was seven.” Vashro has been performing Shakespeare since childhood as well.

The characters Vashro and Cannon played have Shakespearean names, Antonio and Katherine, but their personalities are variations of the old ones. “We have to understand how this is not the original ones, different intonations and reactions on these lines,” Vashro said.

Gutmann and the actors also talked about the final play, which will be performed at the Pear Theatre in Mountain View, from June 22 until July 16. They will be experimenting with a “sandbox type” performance, in which the audience surrounds the actors, who perform in the center of the stage and try not to turn their back on anyone for too long.