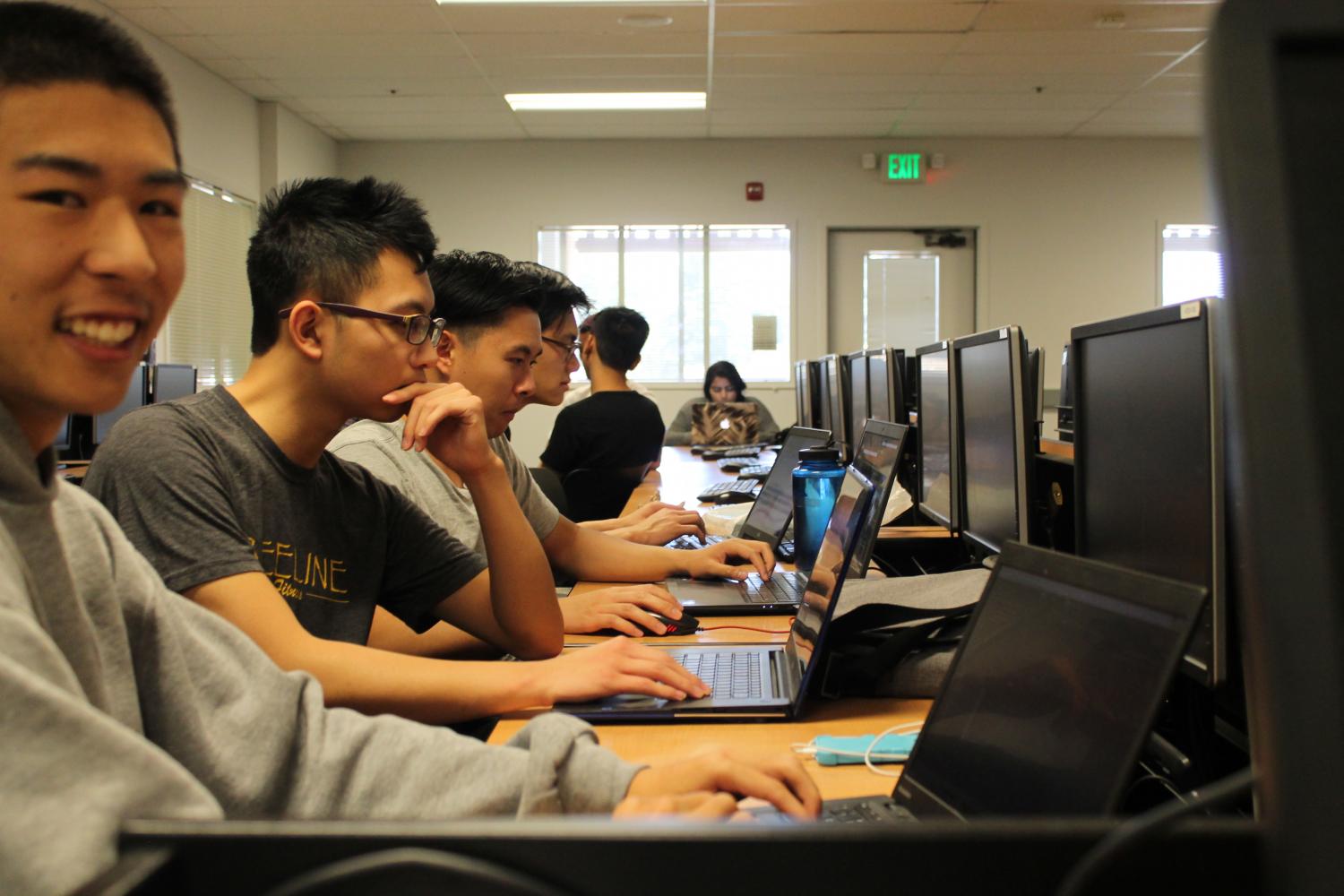 If you have ever been interested in learning how to make a mobile app, a website or a video game, but never knew where to start, then the Developer’s Guild is the place to be.

Developer’s Guild is one of many clubs offered at De Anza College focused on computer science related work.

The goal of Developer’s Guild is “to give computer science students at De Anza an opportunity to work in a collaborative environment with other like minded people who are interested in similar projects,” Remy Dinh, 21, computer science major said.

The club is split into a multitude of groups that focus on different projects every quarter. The projects range from creating a basic website, to programming 2D and 3D games, to designing artificial intelligence using machine learning modules.

“Most of us [in the UE4 team] are programmers learning to use the game engine and physics engine,” Birtola said. “We are putting together a game where you rescue an astronaut named Greg, and along the way, avoid rogue sentinels that are set to kill him.”

Birtola says that the UE4 team is probably one of the more advanced groups of the bunch, but everyone is learning how to use the engine together so only a little computer programming experience is necessary to be able to help.

Ankur Banerjee, 21, undecided major, said his group is trying to teach a computer how to recognize a joke.

“What we’re trying to do is use a neural network to model a text dataset of jokes from reddit.” Banerjee said.

The dataset contains a few gigabytes of jokes, and the program uses complicated mathematical relationships to analyze relationships between each character in any given joke.

Banerjee said he was interested in artificial intelligence because he thinks it’s the future.

“Eventually we’re gonna have A.I. we can speak to,” he said. “The capabilities are exciting.”

“What we do is learn how to use SFML, and by using that library, we learn how to make simple 2D C++ game,” Myung said.

In past quarters, Myung has been able to teach fellow students, including beginners, how to make games like Snake, Connect Four and Flappy Bird.

The Developer’s Guild meets every Friday from 1:30 p.m. to 4:00 p.m., in room 311 of the Advanced Technology Center (ATC), and welcomes all people, regardless of  programming experience.

“People who are new to the computer science field, they think they can’t join because they are too new,” Club treasurer Ye Eun Myung, 21, computer science major said. “We are open to people of all levels.”