Open Mic can be not so open at times2 min read 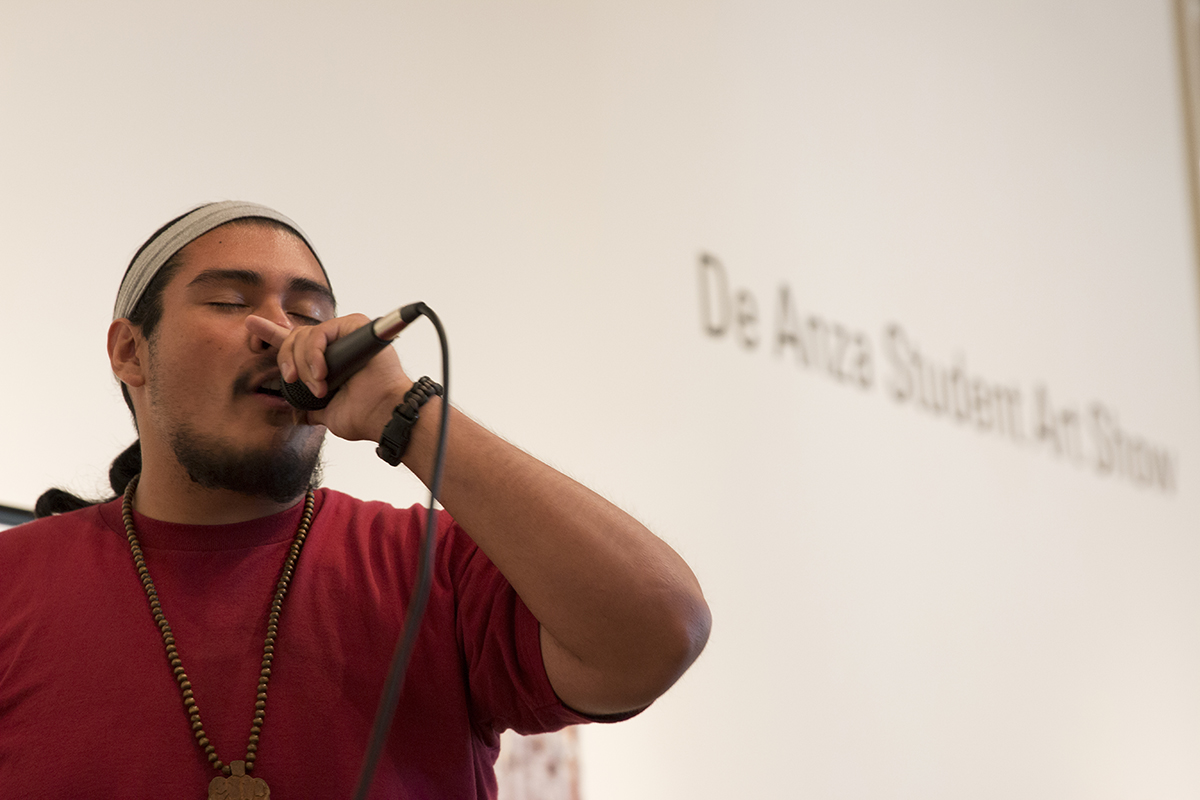 4 Elements Hip Hop allows students to express their art at the Open Mic in the Euphrat every first Thursday of the month. “You don’t have to be a top show artist to share anything with the crowd,” Ray Molano, 24, social behavioral sciences major said.

The Euphrat holds rows of chairs aligned to face a small corner of the room illuminated by spotlights. A crowd of fifteen wait for the next speaker. This is De Anza’s 4 Elements Hip Hop Organization annual Open Mic Night, held every Thursday of the first week of the month, which features diverse forms of self expression including spoken word, rap and performances.

The May 4 Open Mic created an all inclusive open space for students and guests to share and express themselves.

“I like open mic because it’s very intimate,” said Molano said after rapping on stage. Molana said a young lady came in one time and told the audience she doesn’t rap or write poetry, but she wanted to share how she was having a bad day. “That’s exactly what Open Mic is for,” he said. “You don’t have to be top show artist to share anything with the crowd.”

A comedian performed his stand up routine that played on the nostalgia of the old Bay Area.

Afterwards, a student magician used card tricks to entrance the audience. He also performed a trick in which, through a simple tap on a volunteer’s hand, one red ball would multiply into three, spilling out onto the floor.

Following the magician, a string of poets, writers and rappers told their stories up on the stage.

First-time performer at Open Mic Ruhana Rahman, 18, business economics major, shared a poem in front of peers. “I loved it,” she said. “I hope more people from the audience could speak and participate.”

After her performance, Kristin Royal, 24, graphic design major, promoted her upcoming summer tour music showcase “The Vibe.” She said the Open Mic was “very beneficial for people to come practice and get feedback.”

Performer Janelle Herrera, 20, music major, said the show wasn’t what she was expecting. “I thought it was going to be just about hip hop and rapping,” she said. “It was very diverse.”

4 Elements for Hip Hop will continue to hold events for upcoming student artists to express their abilities and talents.