Alexander sure to cheer up any terrible day 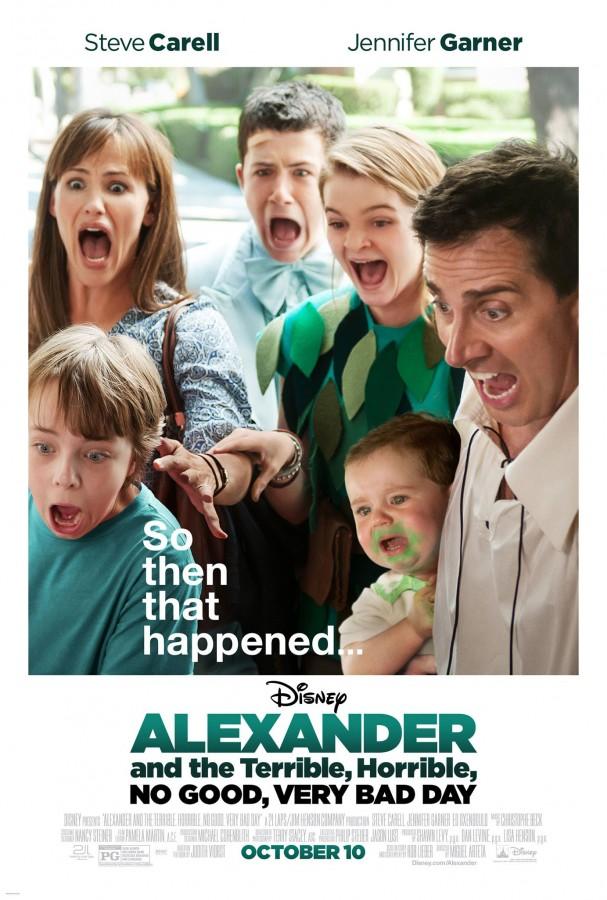 “Alexander and the Terrible, Horrible, No Good, Very Bad Day” directed by Miguel Arteta and based on the 1972 children’s book written by Judith Viorst, is a film that will entertain both children and parents alike.

Alexander (Ed Oxenbould) is turning 12 and feels he is cursed when a series of bad things happen to him:  everything from waking up with gum in his hair to having the most popular kid at school plan a birthday party at the same time as his own birthday.

When Alexander complains to his parents (Steve Carell and Jennifer Garner) that all of his days are bad, they don’t acknowledge his anguish and tell him everyone has bad days.

The Disney film takes Alexander and his family on a 24-hour suburban adventure in what seems to be a series of humorously unfortunate events. Alexander is convinced he is to blame for the family’s horrible day because he made a birthday wish that he wants his family to know what it feels like to have a bad day.

The film delivers a number of jokes that allow parents to share a few laughs with their kids. Between the smart little grievances that Alexander mutters under his breath and a funny reference to “hashtagging” that pokes fun at teenagers, the funny moments  add up in this film.

Steve Carell does not disappoint his fans by bringing theatrical humor to his character as Alexander’s relentlessly optimistic father. Jennifer Garner portrays Alexander’s sweet mother who works for a children’s book company, which is a nod to the fact that the story “Alexander and the Terrible, Horrible, No Good, Very Bad Day” is in fact a classic children’s book published in 1972.

Actor Donald Glover (also known as rapper Childish Gambino) appears in the film with the role of a video game designer who gets acquainted with Alexander’s dad about a job.

The original 32-page children’s book was transformed completely into a full-length script, with modernized humor as well as numerous examples of what bad days are made of. The film will have you reminiscing about the same old Alexander you remember from your childhood.

Fans of family films will enjoy this movie. Although it falls short of being a monumental film, it is a good watch because of the well-timed jokes and the message of the film: there will always be bad days.