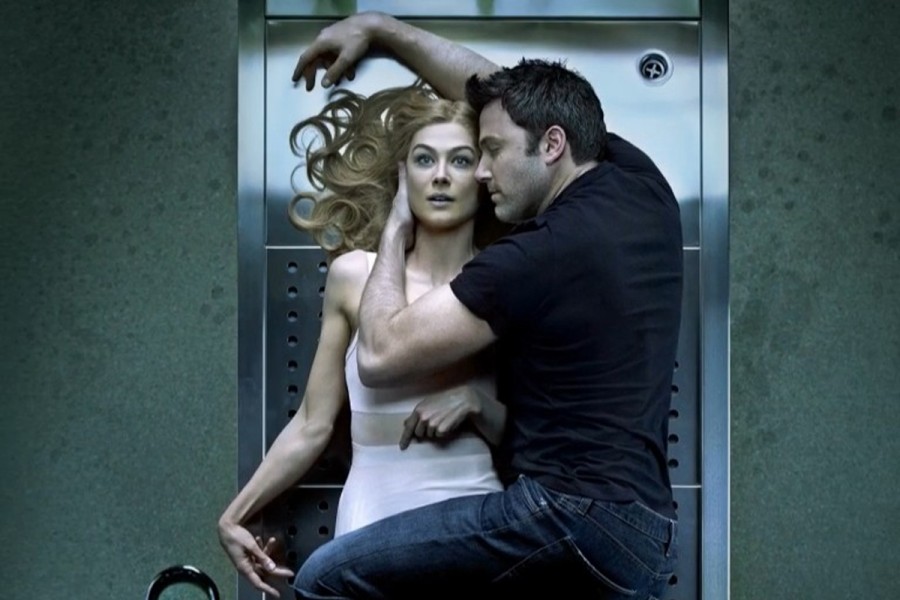 “Gone Girl”, directed by David Fincher and based on the best-selling novel by Gillian Flynn, is a story about the complexities of people and of marriage. Nick (Ben Affleck) and Amy Dunne (Rosamund Pike) were seemingly happily married for five years, but after Amy disappears on their fifth anniversary, the world is left wondering why? With mounting evidence pointing to Nick and his stream of lies causing massive suspicion, the question of the movie becomes: Did Nick kill his wife?

Through Nick’s personal thoughts as well as fragments of their past shown through Amy’s journal, the audience begins to see their marriage for what it really is; not only one of love and happiness, but also one of struggle and secrets.

Director David Fincher is well known for his dark thrillers, including highly successful movies such as “The Girl with the Dragon Tattoo” and “Fight Club.” His dark and intelligent style paired with the already captivating storyline of the book makes for a movie that is as disturbing as it is thrilling.

Also attributed to his directing style are the mesmerizing performances put forth by leads Affleck and Pike. Affleck’s past includes a series of hit or miss films, some receiving scalding criticism and some winning Oscars, but it seems Fincher knew just what to bring out in Affleck as “Gone Girl” is one of his most convincing roles yet.

The energy between Affleck and Pike is the perfect mix of tension and attraction that the movie calls for, sucking the audience in and yet horrifying them all at once.

A chilling soundtrack by Trent Reznor and Atticus Ross, who collaborated to win the Best Original Score academy award for “The Social Network” (2010), only adds more dimension to the dark tone.
“Gone Girl” is a story full of twists and turns, of romance and mystery and of trust and deceit. It is the definite must-see movie of this year.