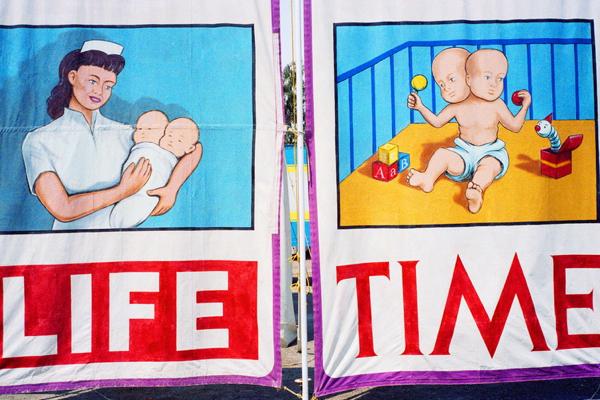 Bill Dane has been a photographer since 1969. He came to De Anza to show some of his work and share with students a few tips and some wisdom.

Born in Pasadena, California, Dane joined the Army in 1957 and was stationed in Germany as a Russian-trained linguistic expert until1960.

He started his art career as a painter and quickly picked up a camera.

Dane describes himself as a “street-walker type” photographer. He takes pictures everywhere he goes. All the photos in his collection are from public locations.

In the beginning of his career, he started distributing his work by printing his photos on postcards and mailing them to a select amount of people. He estimates that he has sent out about 7000- 9000 prints via postcard with no more than about 3 prints of any given photo.

Dane told the audience that while editing photos was the most exciting phase it was also the most challenging. He also showed some photos from his upcoming volume, which is in near completion.

In 2007, Dane began to display his work on the Internet and is able to share his work with thousands of people much faster than ever before. Some of his images have had about 4800 hits in a week. He says that it is a great way for any photographer to distribute their work quickly.

He hopes to have his next volume published in the coming months. All of his photos are displayed on his website at billdane.com. Currently his site contains 15 volumes of chronological work and he will soon be putting up Volume 16 for other to see.