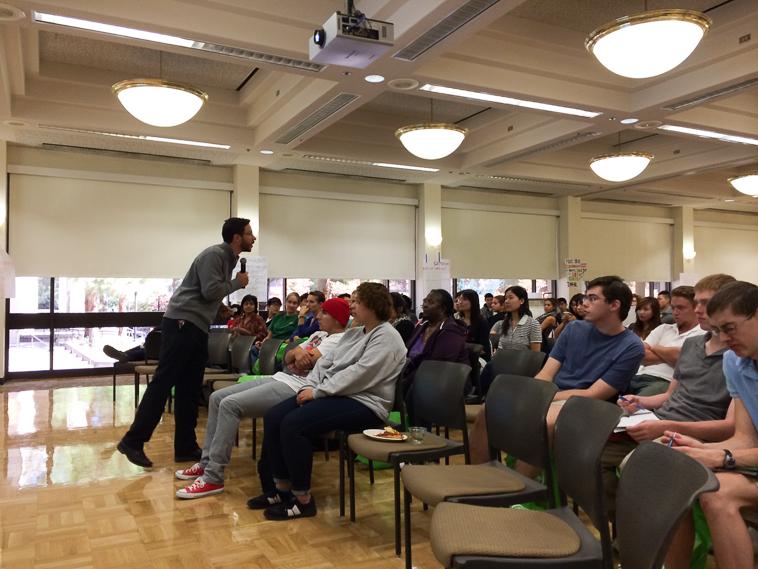 Chris Lepe, a community planner for non-profit organization TransForm, reaches out to De Anza College students during the “Talking Green” event on Oct. 17.

De Anza sustainability concerns and services at the “Talking Green” event held inside conference room B on Oct. 17.

“The committee met over the summer, and realized we didn’t have the input of the student body,” said committee chair Karla Navarro.

“Instead of having two trucks coming in every week, we changed the system to have one truck come every two weeks,” said committee member Vinay Kowshik. “It sends recyclables and garbage that De Anza produces to a transfer station where everything is sorted, then becomes new, recycled product.”

Lepe said Bus Rapid Transit will combine the features of a bus system and a light-rail system, and run on dedicated lanes to avoid traffic.

“When we set policy in place, it allows you, the students, to have more power than anybody else on this campus,” said Kristin Sullivan, environmental science professor. “You just have to organize and make it happen, like we’re doing right now.”