First astronomy show of the fall sells out1 min read 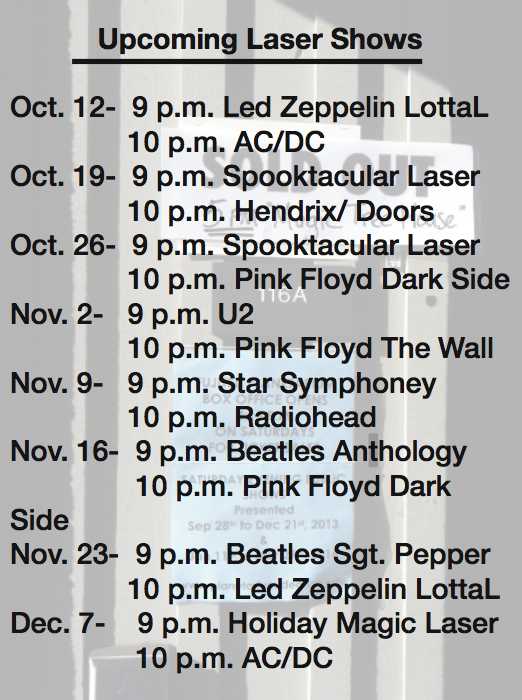 Families with kids waited in line to see the first showing of Magic Tree.

The audience absorbed knowledge about the solar system through an animated film and participated in every activity.

The animation brought people close to the sun, earth, and the moon, investigating issues of the living situation for humans on other planets.

Through interviews of NASA astronauts, the audience learned about the challenges of living in outer space.

Program Director Mike Askins showed the stars through the projector at the end of the show.

People were also looking forward to attending other laser shows scheduled later that night. The laser shows will be held every weekend from September to March in Fujitsu Planetarium.

“These laser shows are social events that are designed along different themes which contain various colors and motions to match different types of rock music,” said Askins.

Fujitsu Planetarium is the largest most modern school planetarium west of the Rocky Mountains.

If you missed it last weekend, astronomy and laser shows will be held every weekend in the planetarium. Details can be found at http://www.deanza.edu/planetarium/contact.html.